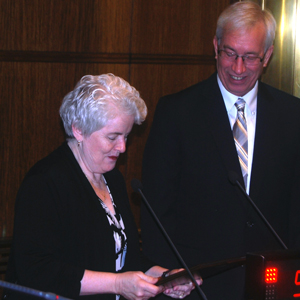 The Ramsey County Board of Commissioners has elected Victoria Reinhardt as Chair of the Board for 2016.

Commissioner Reinhardt has represented District 7 (Maplewood, North Saint Paul, White Bear Lake and the Hillcrest area of Saint Paul) since 1997. She has served as chair twice previously from 2004-2005 and 2010-2011.