Ramsey County Public Works is responsible for a 293-mile system of county roads including construction, repairs, maintenance and snow removal.

The Surveyor's Office and Stormwater Management division are also housed within the Public Works department.

A system of thoroughfares, highways, streets and other public ways

Ramsey County was designated a fully urbanized county with the release of the 1990 Census. This urbanization process started over a century ago and developed today's transportation system. The effects of the past continue to form the basis for the present transportation network in Ramsey County.

In the 1860s, the dominance of water transportation brought clusters of settlers near the Mississippi River. Early roads connected Saint Paul with Stillwater, Saint Anthony, Little Canada and White Bear Lake. All of these were mere trails and during the winter months were normally impassable.

With the arrival of the railroads in the late 1800s, the population concentration near the river soon shifted to other parts of the county. By 1900, the railroads had defined two corridors of development in Ramsey County: one to the northeast of Saint Paul and one to the northwest. These corridors consisted of separate communities strung along the railroad. The northeast corridor contained the industrial village of North Saint Paul and the resort town of White Bear Lake. The northwest corridor crossed the agricultural areas of what is now Roseville to the village of New Brighton. The north central section of the county was sparsely settled with no clearly emerging orientation.

In the early 1900s the automobile changed development trends as profoundly as the railroad had changed growth patterns a half century earlier. Residential development began to disperse as the ease of travel between all points in the county increased as a result of automobile use. Intra-county circulation became more important and a grid road network was established along section lines. Even today, some of these roads continue to be the more important roads in the county. By 1938, the county was responsible for 204 miles of county and county state aid roads: 35 miles were paved roadway, 77 miles bituminous and 90 miles were gravel roads.

During the 1950s the Federal Aid Interstate highway system was initiated - this had a profound impact on cities and suburbs. Between 1950 and 1990, more than 500 miles of new major metropolitan highways were built in the Twin Cities to serve the growing region. Interstate highways serving Ramsey County are: I-94, I-694, I-35E and -I35W. The availability of access to the interstate system has attracted - and will continue to attract - residential, commercial and industrial development in Ramsey County. 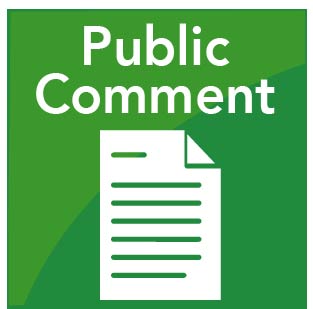 Ramsey County is currently in the process of renewing our MS4 permit through the MPCA. Public comment on the application is open through Friday, Sept. 3, 2021.