The East Metro Rail Yards Improvement Project completed in early 2019 includes a review of the identified improvements in the 2012 study, but focuses on an area that extends from Union Depot southeast to approximately I-494. Infrastructure included are the Division Street Wye, Hoffman Interlocking and multiple rail yards owned by BNSF Railway, Canadian Pacific Railway and Union Pacific Railroad. This review and confirmation process was done to ensure that proposed improvements still address the capacity concerns identified in the 2012 study, and takes into account additional capacity concerns stemming from the significant growth in freight traffic and changes in anticipated passenger rail traffic since the study's completion.

The proposed improvements and their associated benefits are summarized in the graphic below. Ramsey County will continue to work with partners to secure funding for these improvements. Once funding is received, environmental documentation and final engineering will be completed to meet all requirements for construction. 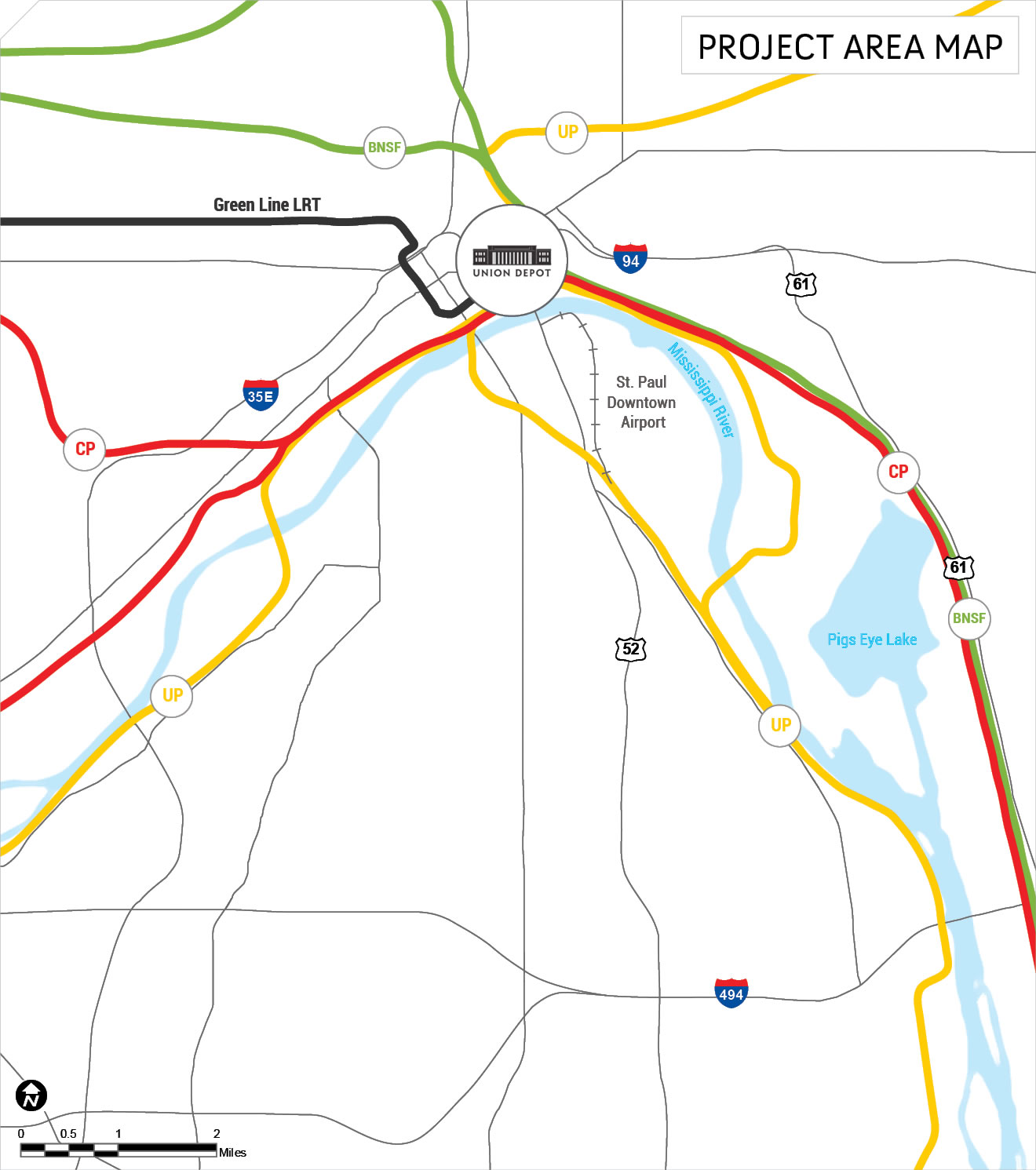